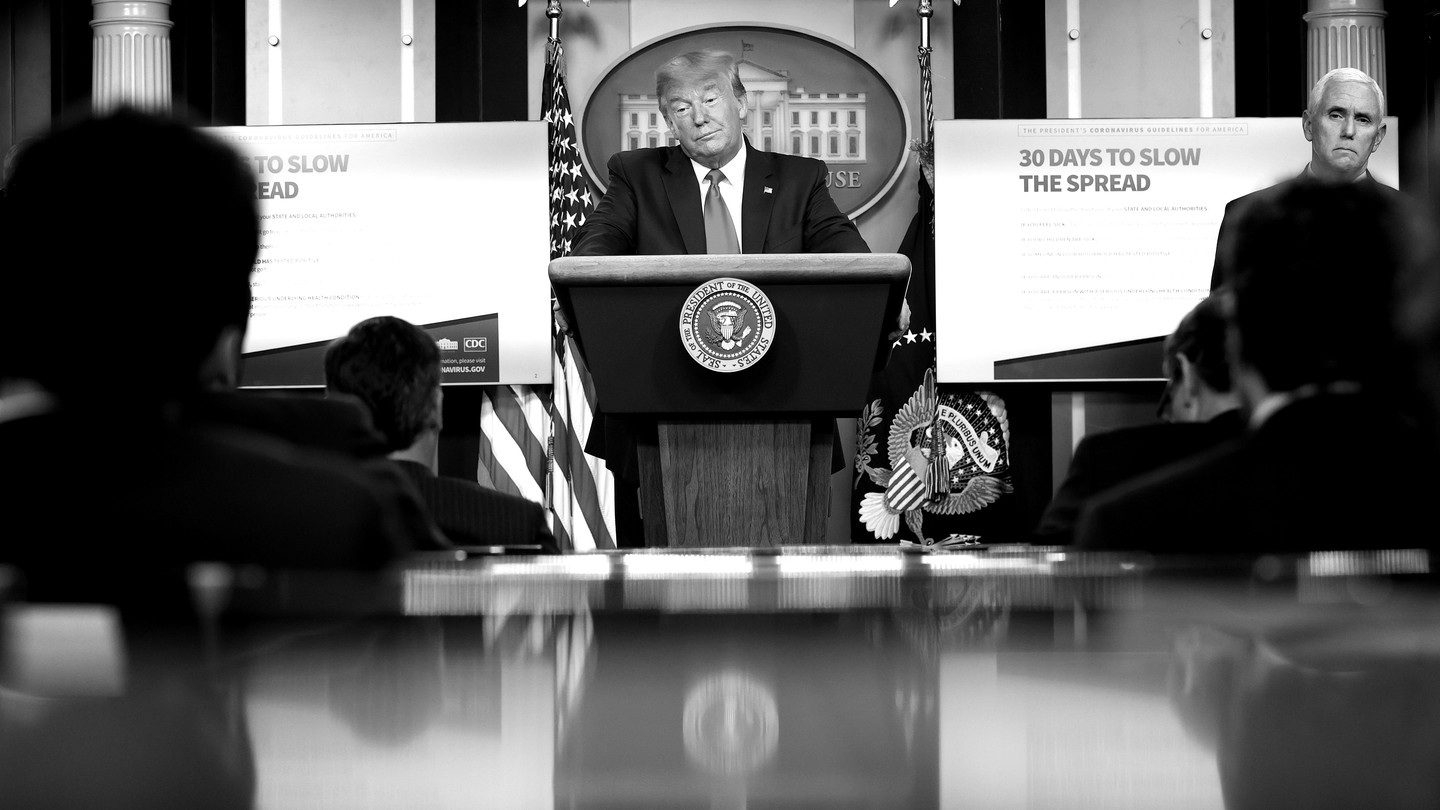 Tom Nichols writing in The Atlantic:

‘There has never been an American president as spiritually impoverished as Donald Trump. And his spiritual poverty, like an overdrawn checking account that keeps imposing new penalties on a customer already in difficult straits, is draining the last reserves of decency among us at a time when we need it most.

I do not mean that Trump is the least religious among our presidents, though I have no doubt that he is; as the scholar Stephen Knott pointed out, Trump has shown “a complete lack of religious sensibility” unique among American presidents. (Just recently he wished Americans a “Happy Good Friday,” which suggests that he is unaware of the meaning of that day.) Nor do I mean that Trump is the least-moral president we’ve ever had, although again, I am certain that he is. John F. Kennedy was, in theory, a practicing Catholic, but he swam in a pool of barely concealed adultery in the White House. Richard Nixon was a Quaker, but one who attempted to subvert the Constitution. Andrew Johnson showed up pig-drunk to his inauguration. Trump’s manifest and immense moral failures—and the shameless pride he takes in them—make these men seem like amateurs by comparison.

And finally, I do not mean that Trump is the most unstable person ever to occupy the Oval Office, although he is almost certain to win that honor as well. As Peter Wehner has eloquently put it, Trump has an utterly disordered personality. Psychiatrists can’t help but diagnose Trump, even if it’s in defiance of the old Goldwater Rule against such practices. I know mental-health professionals who agree with George Conway and others that Trump is a malignant narcissist.

What I mean instead is that Trump is a spiritual black hole. He has no ability to transcend himself by so much as an emotional nanometer. Even narcissists, we are told by psychologists, have the occasional dark night of the soul. They can recognize how they are perceived by others, and they will at least pretend to seek forgiveness and show contrition as a way of gaining the affection they need. They are capable of infrequent moments of reflection, even if only to adjust strategies for survival.

Trump’s spiritual poverty is beyond all this. He represents the ultimate triumph of a materialist mindset. He has no ability to understand anything that is not an immediate tactile or visual experience, no sense of continuity with other human beings, and no imperatives more important than soothing the barrage of signals emanating from his constantly panicked and confused autonomic system.

The humorist Alexandra Petri once likened Trump to a goldfish, a purely reactive animal lost in a “pastless, futureless, contextless void.” This is an apt comparison, with one major flaw: Goldfish are not malevolent, and do not corrode the will and decency of those who gaze on them….’

One thought on “With Each Briefing, Trump Is Making Us Worse People”