From a stately Scottish elm to a might Russian oak, competitors for the title of European tree of the year do their nations proud 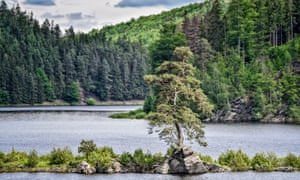 Last week, a pine tree near a flooded Czech village was voted European tree of the year. Known to the locals of Chudobín as the Guardian of the Flooded Village, the tree is estimated to be 350 years old – the villagers attribute its supernatural powers to tales of a devil who played the violin beneath it during the night. Once part of a larger forest, it was left isolated after the area was flooded during the construction of a dam. 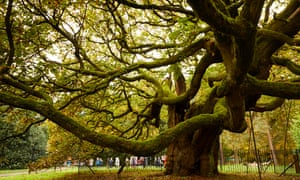 England’s finalist in the tree of the year vote was the Allerton Oak in Calderstones Park, Liverpool. It is thought to be about 1,000 years old, and has a girth of 5.5 metres, producing 100,000 acorns per year. In medieval times, court cases were held beneath its canopy and more recently, it is thought Paul McCartney and John Lennon would cycle past the tree on their way to college.

The Last Ent of Affric 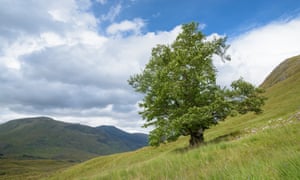 This elm, nicknamed after the sentient trees in JRR Tolkien’s The Lord of the Rings trilogy, was crowned Scotland’s tree of the year. The Last Ent of Affric is a lonely specimen, but isolation protected it from Dutch elm disease – social distancing for trees, if you will. It grows near Glen Affric in the Highlands. Its remote location meant it was long forgotten until it was rediscovered in 2012. 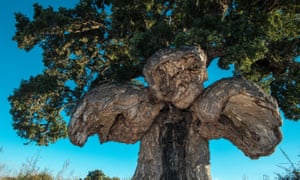 The Bird Tree of Ghisonaccia. Photograph: Pierre Huchette/2019 European Tree of the Year

The 2019 French tree of the year was the Bird Tree of Ghisonaccia, in the Haute-Corse area of Corsica. A cork oak about 200-230 years old, it is so named because of its unusual silhouette – similar to a bird of prey with extended wings. The curious shape is thought to have been caused by a fire. 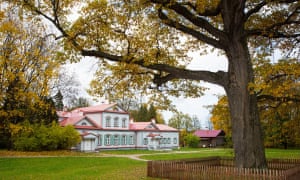 In 2019, Russia nominated this oak, which stands in the grounds of the Abramtsevo museum, a former artists’ colony north-east of Moscow. The 249-year-old specimen with an impressively far-reaching crown is claimed to have inspired many Russian writers and artists – from the novelist Ivan Turgenev to landscape painters Isaac Levitan and Viktor Vasnetsov.