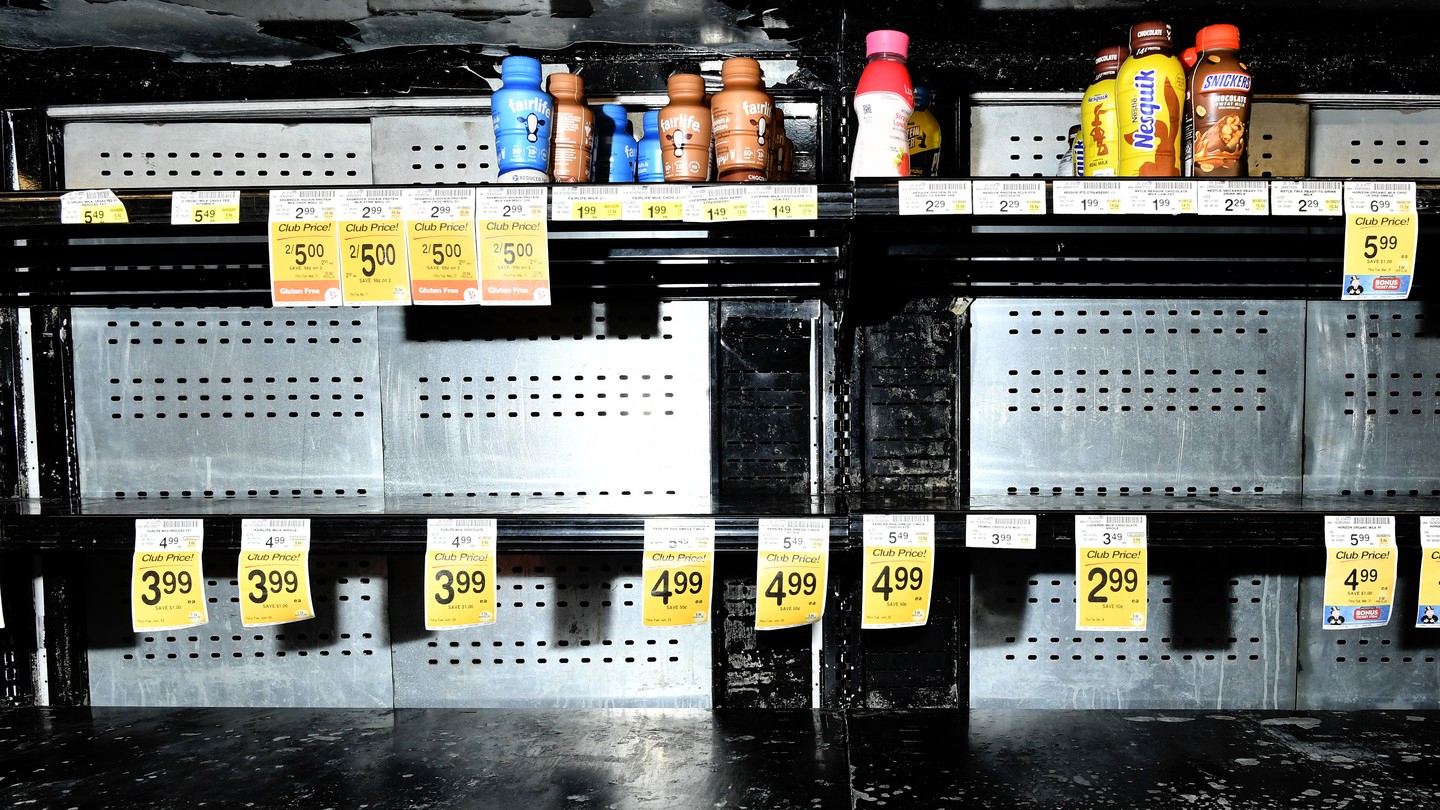 Helen Lewis writing in The Atlantic:

Hang on, though. Were hordes of selfish [shoppers] really squirreling away 90 tins of tuna each? As the fog of panic dissipates, the answer is clear: No. Instead, the data show that small changes in the habits of a minority of shoppers prompted lurid headlines about empty shelves—which then made others, quite rationally, change their behavior. That has led to short-term supply issues. (Neither of the two stores closest to me… has any eggs in stock, for example.)

Any student of economics will tell you that modern supply chains rely on just-in-time ordering. In the case of … supermarkets, production schedules are tailored precisely to demand, so that unused stock does not sit in warehouses or go to waste. In the current crisis, [we have] not run out of essential goods such as toilet paper; the difficulty is getting them onto the shelves quickly enough….’