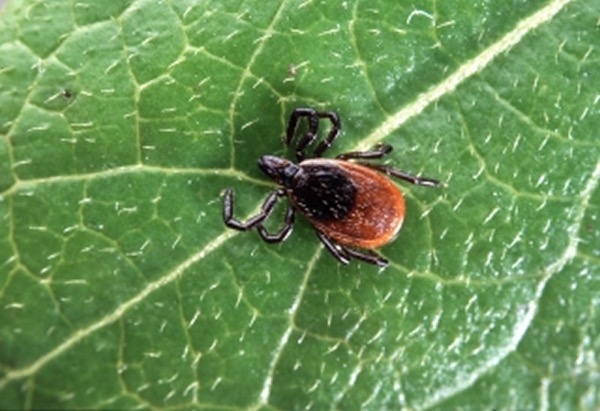 ‘For decades, the routine treatment for Lyme disease has been standard antibiotics, which usually kill off the infection. But for up to 20% of people with the tick-borne illness, the antibiotics don’t work, and lingering symptoms of muscle pain, fatigue and cognitive impairment can continue for years — sometimes indefinitely.

A new Stanford Medicine study in lab dishes and mice provides evidence that the drug azlocillin completely kills off the disease-causing bacteria Borrelia burgdorferi at the onset of the illness. The study suggests it could also be effective for treating patients infected with drug-tolerant bacteria that may cause lingering symptoms.

“This compound is just amazing,” said Jayakumar Rajadas, PhD, assistant professor of medicine and director of the Biomaterials and Advanced Drug Delivery Laboratory at the Stanford School of Medicine. “It clears the infection without a lot of side effects. We are hoping to repurpose it as an oral treatment for Lyme disease.” Rajadas is the senior author of the study, which was published online March 2 in Scientific Reports. The lead author is research associate Venkata Raveendra Pothineni, PhD….’

I’m not an infectious disease expert but I’m pretty sure this is a ridiculous puff piece. For one thing, any novel antibiotic to which an organism is sensitive will show spectacular results at the outset, until the bacteria develop resistance. The use-it-or-lose-it school of thought about new drugs contrasts dramatically with the need to avoid indiscriminate overuse of any agent to preserve it against breeding resistant strains.

Secondly, Pothineni and Rajadas have patented the compound and stand to profit from its success. If I were them, I would continue to quickly flood the media with claims about how freakin’ spectacular this medication is so they can sell the rights to Big Pharma for a killing before it stops working.

You have got to wonder about researchers would would patent an exciting new breakthrough for a rare disease causing great suffering, which would drastically inflate the cost either to the sufferer or her insurance company.

Finally, buried in the piece is a crucial observation, which many medical thinkers find credible, that, after the initial infectious course, persistent symptoms when Lyme disease becomes chronic are due not to a continued infectious process from persistent bacterial presence in the body but from the body’s persisting autoimmune reaction to first exposure to the bacteria, causing persistent inflammation whether the bacteria have been eradicated from the body or not. Autoimmune inflammation vs. continued infection — antibiotics would be useless against the former.