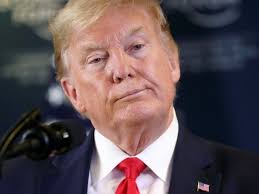 ‘Do you have a nagging medical concern? A rash that won’t go away? Unexplained hearing loss? Are you currently bleeding out from a severed femoral artery?

Well, fret no more. America now has a leading medical expert — some say the best — who will dispense diagnoses and prognoses to all — for free! This bold new telemedicine initiative, “Ask Dr. Trump,” will be offered on an unpredictable but highly frequent basis to all Americans (whether they like it or not).

Dr. Donald J. Trump, of course, is the pioneering scientist who first determined that climate change is a hoax and, more recently, discovered that windmills cause cancer. In between, he proved that forest fires could be contained by “raking” and identified a previously unrecognized tropical cyclone pattern targeting Alabama.

Dr. Trump acquired what he calls “a natural instinct for science” not through formal education but because “my uncle was a great professor at MIT for many years.” Sadly, the elder Trump didn’t live to see his nephew’s greatest discoveries in the medical field: The flu shot is basically “injecting bad stuff into your body” and exercise can shorten your life. Dr. Trump used his instinctive grasp of medicine to become “the healthiest individual ever elected to the presidency” with an innate life expectancy of 200 years.

To the relief of millions, this extremely stable genius has turned to the challenge of solving the novel coronavirus, or as Dr. Trump spells it in the Latin, “Caronavirus.” Early on in the outbreak, Dr. Trump was among the first to determine that the virus “miraculously goes away” in April. Dr. Trump’s pathbreaking epidemiology enabled him to determine that the World Health Organization’s report that 3.4 percent of “reported” cases of the virus have died is a “false number.” Trump’s research, based extensively on “my hunch,” puts the true figure at “way under 1 percent.”

Related research by Dr. Trump found spread of the virus is not “inevitable,” that cases in the United States are “going very substantially down” — and that they “are all getting better.” This informed Dr. Trump’s reclassification of the coronavirus as a “new hoax” by Democrats — though he later clarified that the illness itself was not the hoax, only Democrats’ attempts to blame him.

In fact, Dr. Trump’s DNA research has determined that neither he nor bats nor pangolins caused the virus’s spread but rather President Barack Obama. “The Obama administration made a decision on testing that turned out to be very detrimental to what we’re doing,” Trump disclosed, a finding that eluded experts.

Given the reduced virulence that Dr. Trump discovered, he concluded there could be “hundreds of thousands of people that get better just by, you know, sitting around and even going to work” — though he “NEVER said people that are feeling sick should go to work.” But even if they did, Dr. Trump’s pharmaceutical advances have put us “very close to a vaccine,” within “months” — about a year ahead of other experts’ forecasts.

This breakthrough is possible because while other medical authorities have classified coronavirus as “novel,” Dr. Trump has determined that “this is a flu” and he renamed it the “corona flu.” Therefore he suspects that “a solid flu vaccine” would have efficacy, and “we’ll essentially have a flu shot for this.”

Now that Dr. Trump has beaten the virus and sent the sick back to work, it would be a tragedy to waste his medical expertise. Hence, the demand for an “Ask Dr. Trump” column, which should go something like this:

A reader asks: Dr. Trump, the left side of my body has gone numb and immobile. What should I do?

Dr. Trump replies: If you are healthy, you will probably go through a process and you’ll be fine.

A reader asks: Dr. Trump, I am experiencing chest pains and shortness of breath. Should I call 911?

A reader asks: Dr. Trump, my mother is in a persistent vegetative state. Should I continue life support?

Dr. Trump replies: That’s a problem that’s going to go away. People get better just by, you know, sitting around and even going to work.

A reader asks: Dr. Trump, we’ve got a mass casualty situation at the ER. Can you advise us on triage?

Dr. Trump replies: When somebody sneezes — I mean, I try to bail out as much as possible. Hey — did you get a flu shot?…’

One thought on “Got a medical question? Ask Dr Trump!”