’President Donald Trump lashed out on Friday at the network that normally covers him so favorably over a new national poll that shows him losing hypothetical head-to-head popular vote matchups against all six of the top Democratic presidential candidates.…’

’In China, the death rate has been reported as zero in children under 10 and very low, 0.2 percent, in healthy adults. Unfortunately, the rate is far higher, as high as 14.8 percent, in the sick and elderly (though as is always the case in outbreaks like this, it is hard to know how many of these older and often chronically ill hospitalized patients died with COVID–19, not of COVID–19). The reported overall death rate of 2 percent is essentially a weighted average of these numbers.

So what does the case of a young and otherwise healthy patient contracting the disease despite no obvious exposure to a contagious source patient imply? That there are likely many asymptomatic cases in our communities already.…’

’Wednesday’s briefing was arguably the most abnormal moment yet in a profoundly abnormal presidency.

But top news organizations, rather than accurately representing Trump’s alarming behavior, made it sound like nothing untoward happened at all.

They made it sound like some real news was made: That Trump put Vice President Mike Pence in charge of the government’s response to the coronavirus; that the president urged calm.

But even the Pence “news” appears to be a sham, and a clusterfuck: In addition to being basically a fuck-you to the medical community — given Pence’s proud defiance of scientific truths — it was apparently a last-minute decision based on political optics that blindsided Health and Human Services Secretary Alex Azar, who at the same time insisted that he was still in charge.

This one really wasn’t hard. It was obvious to anyone listening to Trump’s rambling, often incoherent, self-centered, stream-of-consciousness ad-libbing – much of it straight out of his political rallies — that:

Trump had no real understanding of what he was talking about.
He had no sense of what was required of him as president.
He sees this as being all about him.
There are only so many things that can come out of his head.…’

’Is Trump a symptom or a disease? And if he’s a symptom, what’s the underlying sickness?…’ 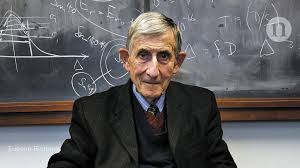 The man behind the sphere is dead at 96:

’Freeman Dyson, a physicist whose interests often took him to the edge of science fiction, has died at the age of 96. Dyson is probably best known for his idea of eponymous spheres that would allow civilizations to capture all the energy radiating off a star. But his contributions ranged from fundamental physics to the practicalities of using nuclear weapons for war and peace. And he remained intellectually active into his 90s, although he wandered into the wrong side of science when it came to climate change.…’

Scholars once doubted that pre-literate peoples could ever have composed and recited poems as long as the Odyssey. Milman Parry changed that.…’