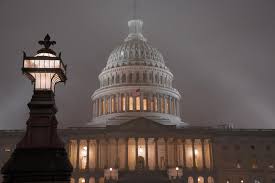 ’A number of Senate Republicans echoed members of their party in the House, deriding the impeachment as “a sham” and saying that Mr. Trump did nothing wrong. Some attacked House Democrats for delaying the transmittal of the charges to the Senate.

A handful of Republicans followed the lead of Senator Mitch McConnell, Republican of Kentucky and the majority leader, who has asserted that he did not intend to act as an impartial juror. Others said that while the House process had been political, they would conduct a fair trial in the Senate.

Nine members from both parties have not released public statements on impeachment since Wednesday, including some Republicans who have been more skeptical of Mr. Trump or represent Democratic-leaning states.

Many Democrats issued statements promising to be impartial jurors in the Senate trial and challenging Mr. McConnell, who has been coordinating with White House officials. Others addressed the evidence they have seen so far, saying they believed there was clear misconduct.

The full list of senators with recent statements on impeachment…’