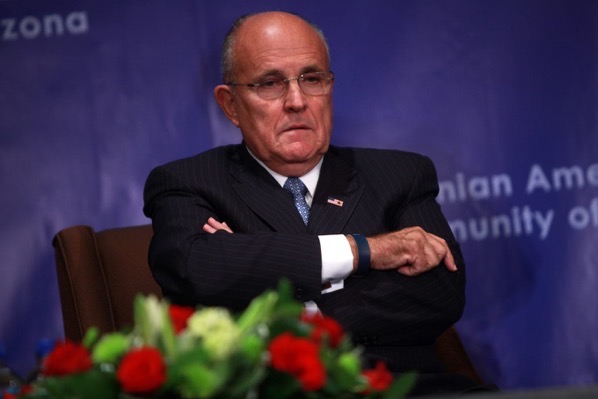 ’Our capacity for shock in response to events surrounding Trump has died the death of a thousand cuts. But we should still be shaken to the core that the President of the United States is currently being blackmailed by his personal lawyer to avoid being thrown under the bus in a conspiracy to commit bribery and extortion against a domestic political opponent and on behalf a hostile power. Giuliani’s scheme so closely resembles a mafia movie that he has even threatened the release of a dead man’s drop “if anything happens to him.”

This has now moved beyond partisan politics, rule of law or the guardrails of democracy. It’s a clear and grave matter of national security.

Even if you’re a conservative who believes that Trump should be defended for opportunistic political reasons; even if you wrongly believe that the President should have the legal authority to push a foreign government to dig up dirt on a domestic political opponent; even if you are disengaged from reality enough to believe in conspiracy theories about Crowdstrike, the Bidens and the origins of the Russia investigation; even beyond all of that, the implications of Giuliani’s behavior are such that the President is too hopelessly compromised in his position to serve in office.

If Rudy Giuliani believes he has damaging enough information on the president to make it impossible for the president to push off blame for the Ukraine extortion conspiracy onto him, then functionally the entire Executive Branch of the American Government is subject to Giuliani’s whims. If the Republican Senate majority is so terrified of Donald Trump that they refuse to convict him despite the airtight case against him and despite the fact that his own personal lawyer at the center of the case feels he has enough dirt on Trump in the affair to blackmail him, then the blackmailer also has extraordinary power over the Senate as well.…’