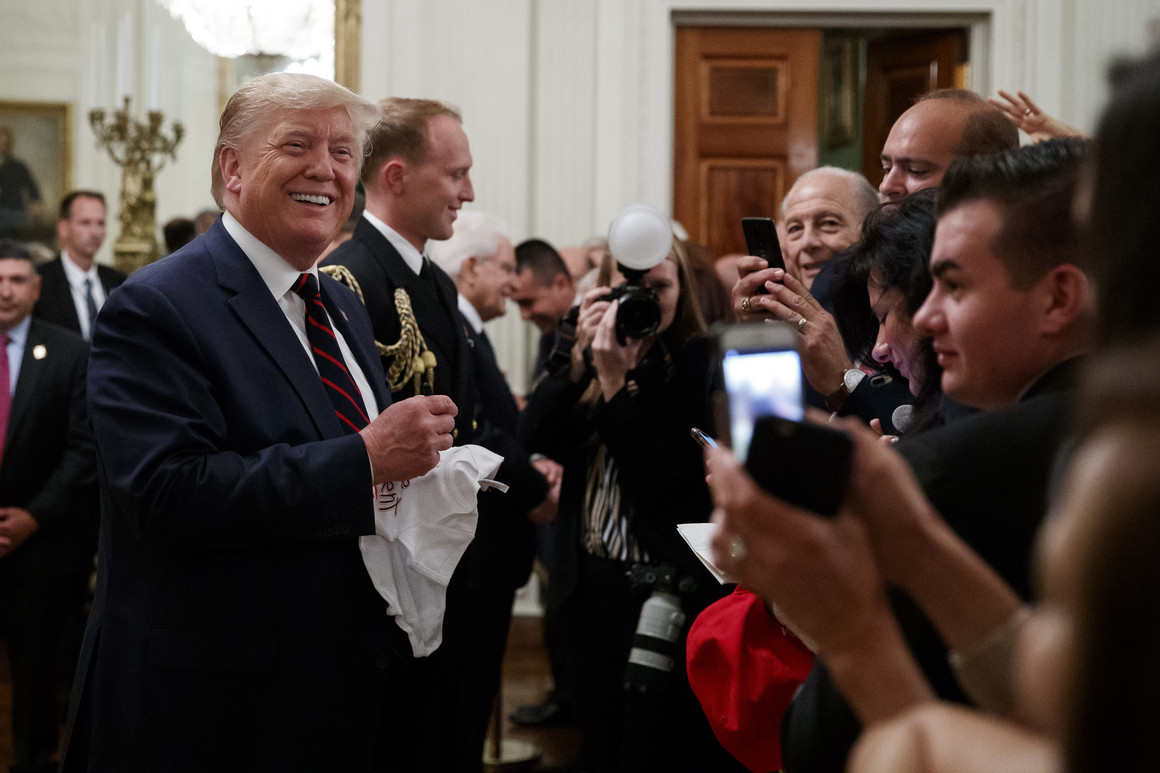 ‘…It’s no surprise that many find Trump to be no laughing matter, or have trouble finding lighthearted spots in an ongoing stream of hyperbole and bile. One _New York Times _column called his “A Presidency Without Humor.” Comedy writer Nell Scovell, who has written jokes for David Letterman and Barack Obama, once declared that if Trump does have a sense of humor, it’s confined to the instances when he “clearly chuckles at the misfortune of others.”

But Trump’s winking stance, jarring and inconsonant though it may be with the rest of liberals’ conception of him, is one of the essential, even primal ways the president keeps his base on board, laughing along. For Trump and his defenders, a little gentle self-mocking does more than just warm up a room. It can neutralize his opponents’ attacks. And it can let Trump off the hook even when he probably isn’t joking, as when Marco Rubio argued last month that Trump was only kidding when he declared that China should investigate Hunter Biden.