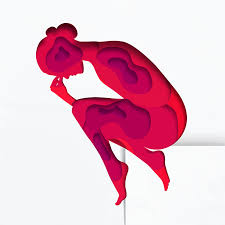 In a paper presented at the International Conference on Affective Computing and Intelligent Interaction, the researchers describe a method to quantify pain in patients. To do so, they leverage an emerging neuroimaging technique called functional near infrared spectroscopy (fNIRS), in which sensors placed around the head measure oxygenated hemoglobin concentrations that indicate neuron activity. For their work, the researchers use only a few fNIRS sensors on a patient’s forehead to measure activity in the prefrontal cortex, which plays a major role in pain processing. Using the measured brain signals, the researchers developed personalized machine-learning models to detect patterns of oxygenated hemoglobin levels associated with pain responses. When the sensors are in place, the models can detect whether a patient is experiencing pain with around 87 percent accuracy.

However, even if two subjects are measured as having the same levels of neuronal activity in response to a nociceptive stimulus, there is still no way to compare their subjective experiences of the stimulus. Many other factors that might bear on differences in the subjective experience of the pain might not be reflected in differences in graphical readouts of neuronal activity levels, e.g.: