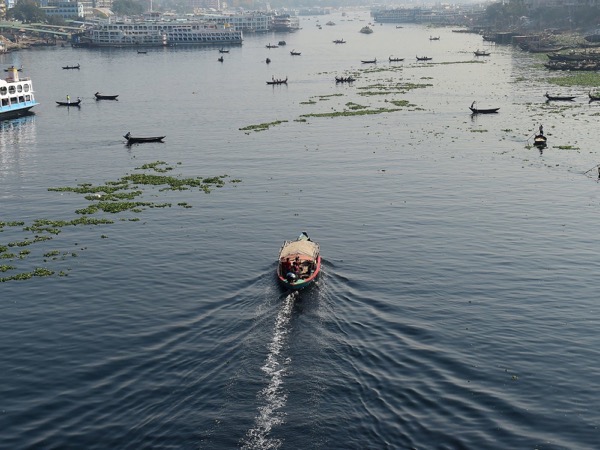 ’In early July, Bangladesh became the first country to grant all of its rivers the same legal status as humans. From now on, its rivers will be treated as living entities in a court of law. The landmark ruling by the Bangladeshi Supreme Court is meant to protect the world’s largest delta from further degradation from pollution, illegal dredging and human intrusion.

Bangladesh follows a handful of countries that have subscribed to an idea known as environmental personhood. It was first highlighted in essays by University of Southern California law professor Christopher D. Stone, collected into a 1974 book titled Should Trees Have Standing? Toward Legal Rights for Natural Objects. Stone argued that if an environmental entity is given “legal personality,” it cannot be owned and has the right to appear in court.

Traditionally, nature has been subject to a Western-conceived legal regime of property-based ownership, says Monti Aguirre with the environmental group International Rivers.

“That means … an owner has the right to modify their features, their natural features, or to destroy them all at will,” Aguirre says.

The idea of environmental personhood turns that paradigm on its head by recognizing that nature has rights and that those rights should be enforced by a court of law. It’s a philosophical idea, says Aguirre, with indigenous communities leading the charge.

“Many indigenous communities recognize nature as a subject with personhood deserving of protection and respect, rather than looking at it as a merchandise or commodity over which are property rights should be exercised,” she says.

And the movement is growing, she says, though with variations.