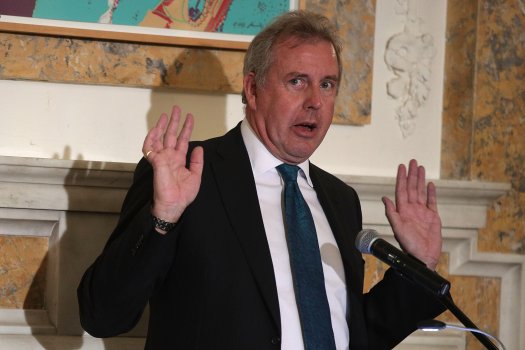 ’British politicians and officials have reacted with outrage to the resignation of their ambassador to the U.S. amid a rift with President Trump over leaked diplomatic cables, with many accusing the President of bullying their government.

The leak on July 7 of classified memos written by Kim Darroch to the U.K. government, in which he called the Trump Administration “inept” and “incompetent”, triggered a slew of personal insults from the President. Trump tweeted that Darroch was “a very stupid guy” and “a pompous fool.” He also disinvited him from an official dinner July 8, saying “We will no longer deal with him.”…’