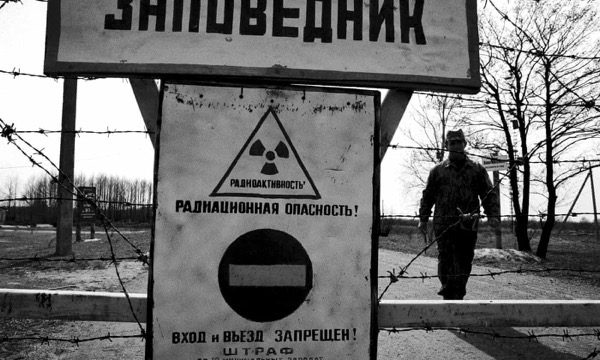 The fallout from the Chernobyl nuclear disaster 30 years on:

’Chernobyl was the worst nuclear accident in human history and its legacy is still being felt today. The public is often led to believe that the exclusion zone, a depopulated 20-mile circle around the blown plant, safely contained Chernobyl radioactivity. But there is a second zone in southern Belarus. In it, people lived for 15 years in levels of contamination as high as areas within the official zone until the area was finally abandoned in 1999.

That is just one of the things Kate Brown discovered during the 10 years she spent interviewing doctors, scientists and international officials involved in the Chernobyl disaster and scouring over 20 archives to unearth never-before-seen documents. She talks to Anushka Asthana about the impact of international organisations lying about the disaster and why we should be asking far more questions about the global health effects of radioactivity as we enter a new nuclear age.…’

Via The Guardian (podcast)