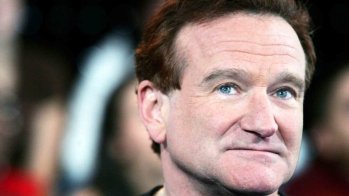 ‘Comedians use a lot of death-related terminology both on-stage and off. Terms like “I died up there” (bad performance) or “I murdered the crowd” (good performance) are pretty commonplace. But according to a recently published study by the International Journal of Cardiology and the the Australian Catholic University, the funnier you are, the more likely you are to die.

The real kicker is that the higher ranked comedian you were (according to the crowd-based ranking over at Ranker) the more likely you are to die: for each 10 points higher you were (towards the number 1 ranked comedian) there was a 7% increased risk of you dying. For example, compared to the 150th ranked stand-up comedian, the 50th was 70% more likely to die.*

It should be noted that many stand up comedians tend to be solitary performers who travel alone a lot, and that depression in comedic performers is hardly a new phenomenon…’