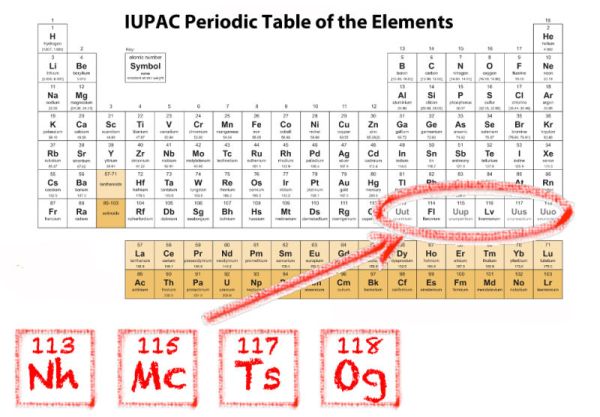 ‘Scientists with the International Union of Pure and Applied Chemistry (IUPAC) have officially approved the names of four new elements, completing the seventh row of the periodic table.

The four elements, discovered between 2002 and 2010, aren’t new per se, but the names are. IUPAC officially recognized the discovery of the super-heavy, highly reactive elements in December of 2015, and announced the suggested names back in June of this year. After a five-month chill-out period for the world to digest the new monikers, the bureau made the names official this week.