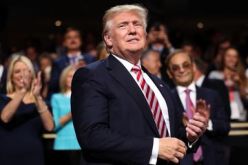 ‘Wednesday night, Donald Trump said something that made a nuclear war between the United States and Russia more likely. With a few thoughtless words, he made World War III — the deaths of hundreds of millions of people in nuclear holocaust — plausible.

This probably scans like hyperbole, the kind of thing you hear a lot in politics. I assure you, it’s not. Not this time.

What Trump said, in an interview published by the New York Times, is that he wouldn’t necessarily defend the United States’ allies in NATO if they were attacked by a foreign power. This extended, Trump said, to the Baltic countries right on Russia’s border — countries Russia might conceivably invade…’