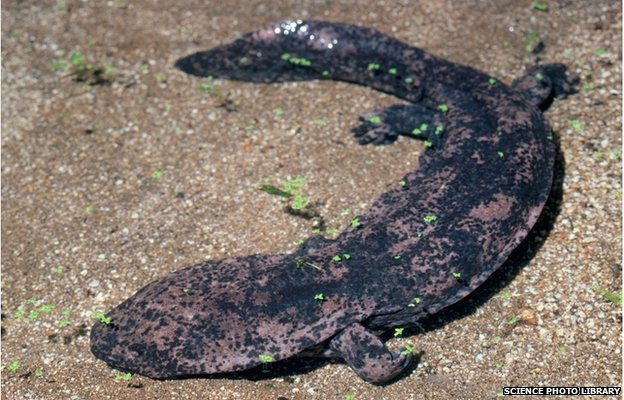 Via The Guardian: ‘Chinese officials feasting on critically endangered giant salamander turned violent when journalists photographed the luxury banquet, according to media reports.

The 28 diners included senior police officials from the southern city of Shenzhen, the Global Times said in a report which appeared to show a flouting of Beijing’s austerity campaign.

“In my territory, it is my treat,” it quoted a man in the room as saying.

The giant salamander is believed by some Chinese to have anti-ageing properties, but there is no orthodox evidence to back the claim.

The species is classed as “critically endangered” on the International Union for Conservation of Nature’s (IUCN) red list of threatened species, which says the population has “declined catastrophically over the last 30 years”.

“Commercial over-exploitation for human consumption is the main threat to this species,” the IUCN said.