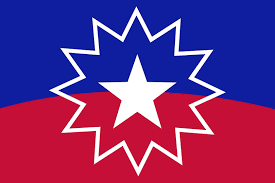 A historian explains (Vox) why Juneteenth should be considered the country’s true Independence Day. Schoolchildren are taught that slavery ended with the Emancipation Proclamation. But an argument can be made that June 19, 1865, the date when federal troops entered Texas to punish slave holders and former Confederates who had refused to obey the emancipation law, is more significant.

The federal government, however, abandoned protection of blacks within a little more than a dozen years, bringing on widespread lynching. So Juneteenth celebrations commemorate not so much the end but the persistence of the slavers’ racist mentality and behaviors.

Arguably, the exception to the emancipation proclamation allowing continued involuntary servitude for those convicted of crimes allowed the continuation of the war on blacks in the guise of the “war on crime.” So… celebrate Juneteenth as a dream of the end of systemic racism in policing?